This is a transcript of the complaint our CEO and Founder Parthenia Warford Richardson filed against Safeway grocery store Brandywine, Maryland to their headquarters on September 20, 2017.

I am a 20yr Army Retired Disabled Veteran and Permanently Disabled from working, as a result of some of my disabilities I have an Emotional Support Dog (3lb Yorkie Princess). I have a letter from medical professionals authorizing her to be with me at all times, and I've purchased a vest, and tags that clearly identity her as an Emotional Support Animal. To go a step further, I never allow her paws to touch any surface in any business, she's carried by me and away from open food.

Today I entered into the Brandywine Crossings Safeway location as I've done on many occasions with Princess to pickup a few items after a medical appointment nearby. As I entered the bakery area I noticed an African American man staring at me and Princess so I tried to ensure her vest was visible. Next thing I knew the man (who I've confirmed was acting store manager for today Emile) shouts in my direction "Ma'am ma'am you can't have that pet in the store!" I replied yes I can and tried to show him her clearly marked tags and vest. He then in his still elevated voice from across the aisle, "You need a letter" I said yes, I have one you need to see it? I presented the letter to him he mumbled something under his breath; I them let him know it's against the law to ask to see the letter. I further explained how he can ask if she's a service, emotional support animal and that's it. He offered no apologies, rather his attitude was worse than before he started talking with me. That exchange with him worsened my condition to the point that I put down all the items I was going to purchase and left the store. I will never shop in that Safeway again, I've also shared the story on my nonprofit organization website so that others know how to handle situations like this, the good and bad sides. Also as a Veteran I plan to post how I was treated by a major grocery chain, Thank God I have the Commissary to shop in for the rest of my life. They aren't perfect but they treat us right.

Posted by The Warford Foundation at 3:18 PM No comments:

Unlocking the Secret of Living a Generous Life

You can hear The Michael Chatman Giving Show every Thursday at 11am CT, featuring private donors, public foundations, corporate funders, individual philanthropists, and government funders who are committed to creating a more generous world. The show is an online radio format broadcasted by Unity Online Radio. 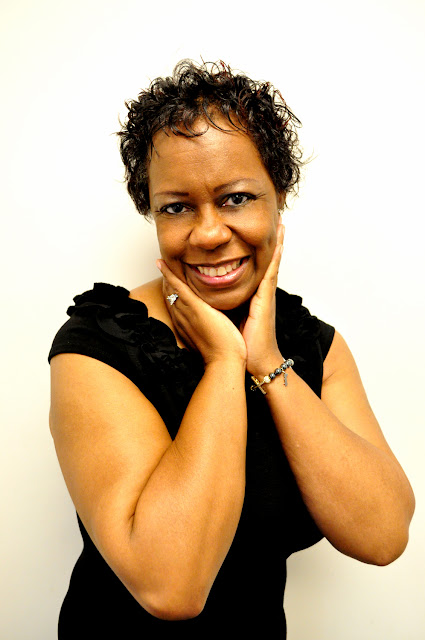 Posted by The Warford Foundation at 5:13 PM No comments:

The Warford Foundation, Inc BeautyBrainsBelief™ Organic Community Garden 2016 Phase 1, in the absence of volunteers Parthenia hired two contractors to clean out the garden beds we used last year. They were also contracted to assemble  the greenhouse purchased over the Winter, total cost today $350.00 paid from her personal funds.

As you see her backyard has plenty of room to support her vision to triple the size of the current beds if not more. To support Phase 2 we urgently need:

If you can help and are serious ONLY please email info@thewarfordfoundation.org Subject:  BeautyBrainsBelief™ Organic Community Garden Project. We are 501c3 so all donations are tax deductible including in-kind services, please email for additional information.

This is an excellent opportunity to partner with us if you are a nonprofit personal chef that routinely feeds less fortunate -  Single Mom, Military Widow, Teen Mom, Homeless, families in DC Metro Area. Our point of contact for all community events is Ms. Carrie Lambert, Vice President, Special Events and Community Relations, carriel@thewarfordfoundation.org SERIOUS INQUIRIES ONLY! 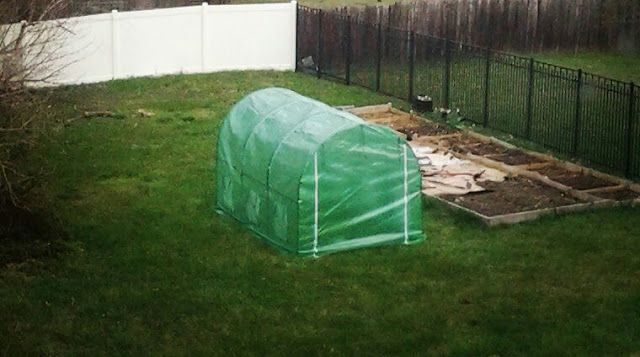 Posted by The Warford Foundation at 7:47 PM No comments:

I received the message in the last paragraph last night after waking from my day of infusion treatment, but it had me so moved that I couldn't answer her until now.

A little back story: I live in DC Metro Area since being stationed here in 1998, I retired February 2002 after 20yrs in the Army here because my youngest daughter at the time was in her senior year at Baneker High School in DC and ultimately went on to Hampton University for college. My oldest was attending University of Florida, before doing second degree at University of Hawaii.

Anyway in 2005 I was diagnosed with severe rheumatoid arthritis which the Army failed to diagnose during my 20yr career, it was so severe I was placed on permanent disability from working and had 3 major surgeries: a total right hip replacement as soon as 2009, cervical fusion 2011, amd lumbar laminectomy. Well this threw my close family in turmoil, well not really both daughters moved back home to care  of me. You see I always put my daughters first growing up they knew if I wasn't home I was at work, not the club, not with some man, at work or taking college classes to make a better life for us. So, as the surgeries ended, I begged them one by one to start living their lives the oldest moved to an amazing opportunity in Washington State.

Then it was me and my youngest who up until 2013 didn't work to ensure I had 3 meals cooked everyday, my medication at prescribed times, helped me bathe, get dressed, do my exercises, schedule my in-home nurse, therapy appointments, she drove me to medical appointments outside the home and gave doctor's fits often telling them "look my Mommie is not a test dummy, figure out what's wrong and fast. AND by the way NO MORE surgeries." I  would sit there and smile because my oldest would also call the doctors once she moved if she didn’t like the report we gave her, my babies don't play when it comes to me because they know the sacrifices I made for them then and now.

When 2013 came I told my baby girl okay you will be turning 30 soon so it's time for you to do what you want and move where it can happen. Neither of is really wanted it to happen but knew it was best, she moved September 2013 with the promises from "friends" that they would check on me, come visit, etc well 3yrs later almost and nothing but I didn't expect anything either. But some of those very people have come to me when they needed to talk, someone to purchase their product, pay a speeding ticket over $600 to keep from going to jail, etc.

Oh, and my own nonprofit board and volunteers were no better, everyone knows I have no family in this area and I have been in weekly treatment, take daily medication, and have a comfort dog Princess for Major Depression Disorder, Anxiety, PTSD, MST.  Yet Princess and I spent all the holidays alone with no phone calls (outside my daughter's oldest had back surgery hard to travel right now and youngest is personal trainer client calendars were hectic) except parents in STL, no one called to help dig me out of 3ft of snow.

But I have one person that has never and will NEVER leave me and that's GOD so I'm always going to survive whatever comes my way. That's why I don't beg people to donate to my nonprofit, it is dear to my heart because it's my life story so yes, I will continue to foot all the bills, do the work because it's what God has placed in me as my Pure Giving coupled over 37yrs of sowing seeds into #SingleMom families, & 6.5yrs  classrooms in Stanton Elementary SE, DC through our nonprofit mentoring, Thanksgiving food basket for every fily in our adopted classroom, whatever is needed.

So as Tim Bowman song goes "I'm Good" & Anthony Brown "Worth" & Marvin Sapp "The Best In Me" thank you gentlemen for writing songs that have ministered to my soul and brought me even closer to God.

At 17 pregnant a junior in high school yes I was told by oldest daughter's grandmother (his Mother) "you will never be anything and no one will ever want you."  Well, I proved you wrong on several accords, I was married before do you know who I am, well God does!!

Thank you so much Jane J Wilbert for sending me a simple note on Facebook saying that you are thinking about me yesterday and igniting this powerful Open Letter that I needed to write for many years now. Just another reason why I love you! ♡

Posted by The Warford Foundation at 6:05 AM No comments:

As a mother, Schinnell Leake knows how important it is for her children to feel confident and have self-worth. After learning that more than 2,000 children live in homeless shelters throughout the Washington, D.C. area, Schinnell decided to form Extra-Ordinary Birthdays, the only organization of its kind in the capital that throws individualized birthday parties for homeless children to make them feel loved and valued. Using her party-planning background, Schinnell has thrown more than 400 birthday parties since the organization’s inception five years ago, and Extra-Ordinary Birthdays has partnered with six homeless shelters across Maryland and D.C.

Posted by The Warford Foundation at 12:31 PM No comments: